Apple just revealed it’s new flagship phones for 2022, the iPhone 14 series. This time, there are four variants instead of three: iPhone 14, iPhone 14 Plus, iPhone 14 Pro, and iPhone 14 Pro Max.

Should you buy an iPhone 14?

The new iPhone 14 is undeniably a very powerful smartphone and if you decide to buy it, it’s gonna be worth it, especially if you’re upgrading from mid-range devices.

You will surely be able to notice the difference in performance and you will appreciate how responsive the new iPhones are. Not to mention the many features you cannot find in any entry-level and mid-range phones.

However, if you’re an owner of an iPhone 12 or 13 and wondering if it’s worth it to upgrade to the new iPhone 14, then we can tell you that you might not be able to notice that much of a difference in the overall impression and performance.

There will still be a small difference when it comes to performance but there wouldn’t be that much of a difference to the overall user interface. After all, previous iPhone models will still be able to get an update to iOS 16.

The phone has a strong build with its aluminum frame but also looks delicate and elegant with its glass front and back. It has a 146.7 x 71.5 x 7.8 mm dimension, which translates to just .31 inches thickness and only weighs 172 grams. It is thin enough for a device that’s more powerful than many laptops in the market today.

The iPhone 14 boasts of its 6.1-inch display panel with Super Retina XDR OLED screen. It has a resolution of 1170 x 2532 pixels, which is 19.5:9 ratio and gives you around 460 PPI density, making the images crisp and the colors more vivid.

The iPhone 14 became official on September 7 and the shipment will start on the 16th of the same month. Similar to previous releases, users in the US will be able to get their hands on the new device first before the rest of the world can hold them.

The iPhone 14 can be purchased online from Apple website and Amazon. You can also buy it from Samsung retail locations and third-party retailers in the U.S. like Best Buy, Walmart and Target.

Considering the fact that it looks similar to the iPhone 13 and still sports the A15 Bionic chip, the base model might not get good review scores from tech enthusiasts. But the device itself isn’t bad, in fact, you can still find it very responsive and intuitive especially if you’re a new iOS user.

The other 3 variants on the other hand, might get really good reviews as that’s where most of the “updates” and “upgrades” can be found. If you’ve been an iPhone 13 user, you won’t feel much difference when you use the new iPhone 14. However, if you have on your hand the iPhone 14 Pro or the Pro Max, that’s when you feel that the new devices are much more responsive and stylish.

We are still waiting for the devices to get released soon to learn how people feel while using them. That’s the time we can say if the new series is a success or not.

Here are the key features of the new iPhone 14:

There is nothing wrong with the iPhone 14 design. It’s a virtual replica of the iPhone 13 but might suffer a bit in comparison to the new iPhone 14 Pro and 14 Pro Max, both of which sport the new Dynamic Island, a fungible zone that houses both the TrueDepth module and display information.

The phone has a strong build with its aluminum frame but also looks delicate and elegant with its glass front and back. It has a 146.7 x 71.5 x 7.8 mm dimension, which translates to just .31 inches thickness and only weighs 172 grams. It is thin enough for a device that’s more powerful than many laptops in the market today.

For the iPhone 14 or iPhone 14 Plus, you get to choose between midnight (black), starlight (white), blue, purple and Product RED. Moonlight, Starlight and RED are mainstays of the iPhone lineup.

But for the iPhone 14 Pro and Pro Max, here are your options: Space Black, Gold, Silver, Deep Purple.

The iPhone is not waterproof, it’s water resistant. The IP68 certification, makes your phone dust and water resistant but there are conditions. You can only submerge your phone about 1.5 meters and soak it not longer than 30 minutes.

You should know that the waterproofing methods used for these devices are done using glue, which deteriorates over time. So depending on the integrity of those sealants, the 30 minutes can turn into 5 minutes or less.

Apple has left the iPhone 13’s 6.1-inch Super Retina XDR display pretty much intact on the iPhone 14. It still has a 2532 x 1170-pixel resolution at 460 ppi and also still has the notch, which accommodates the updated TrueDepth module that includes all the AR sensors and, still, a 12MP camera.

Apple’s flagship phones are expected to sport the latest chips in the market for the year they’re released as well as the latest version of Android that’s already available. In the case of the iPhone 14, it already runs on iOS 16 out of the box.

You have a total of three cameras on Apple’s iPhone 14, the 12MP wide and the 12MP ultrawide on the back, and the 12MP TrueDepth camera on the front.

Apple said it upgraded the main camera with a larger ƒ/1.5 aperture and larger 1.9 µm pixels for better low-light performance. The 12MP wide-angle appears unchanged. However, the TrueDepth camera on the front now supports autofocus.

The iPhone 14 has a Li-Ion 3279 mAh, non-removable (12.68 Wh) battery. Apple said that it has the best battery life ever on an iPhone. We’ll have to assume that means at least 15 hours but could mean a day or more of video playback. Obviously, I’d need to test these claims. 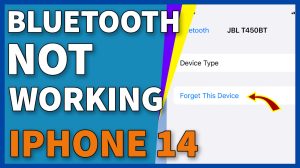 The advancement in wireless communication technologies made it easier for us to connect our smartphones with other devices. In fact, when it comes to Bluetooth, you can connect almost anything… 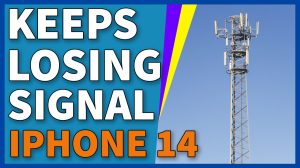 Signal and network related issues are common even in Apple devices. It’s because there are a lot of factors that can contribute to the problem and in most cases, the… 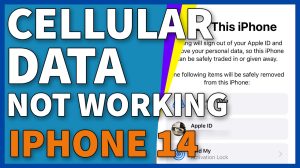 In the absence of a Wi-Fi connection, you can always count on the Cellular Data to work and give a stable connection to the Internet, although the speed and stability… 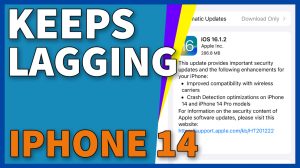 Lags and freezes are among the most common issues you might encounter if you own an iPhone no matter the model. Sometimes the problem can be serious but it’s something… 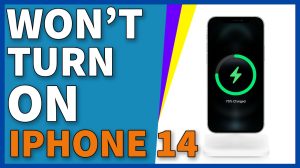 Most of the time, when a high-end device like the iPhone 14 shuts down and won’t turn on, it is just due to minor firmware issues which you can easily…

When a high-end smartphone like the iPhone 14 Pro stops responding and would no longer power back on, it is often due to a minor system glitch, which can easily…

If you allow your child to play games on your iPhone, then you should take advantage of iOS 16’s feature where you can add a limit to certain apps including…

Sharing your location with friends and family or with people whom you trust is easy to do in iOS 16. However, you must also take precautions when you’re sharing your…

By default, your iPhone, or any iOS device that runs on the latest version, automatically adjusts the screen brightness depending on the amount of ambient light it receives. When you… 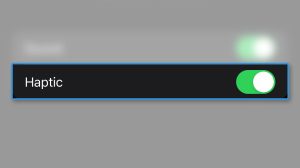 Oftentimes, the sound feedback of the keyboard as you type on your iPhone is enough but if you want to enable the haptic feedback, you can actually do that easily. … 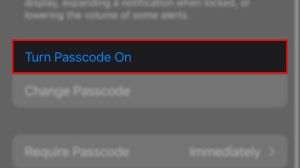 The passcode is the basic security lock for your iPhone 14. While your device has more sophisticated security features, the passcode will serve as the backup. So even if you’ve… 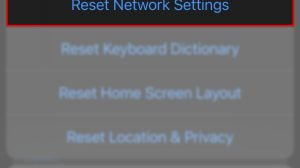 Whenever you have issues with your Internet connection on your iPhone, there is a procedure that you can easily do. In most cases, it’s the only thing you have to…

When your iPhone 14 suddenly stopped responding for some reason, there is a procedure you can immediately do to make the device work normally again and that’s the Forced Restart….

The wallpaper is among the things in your iPhone that can give it more personality or reflect the personality of its owner. Apple has given importance to optimization and that’s…

Apple’s iMessage is the most preferred texting service used by Apple users because it offers features that cannot be found when using normal SMS or MMS. It is reportedly encrypted…

There are apps in your iPhone 14 that require you to enable the Location Services as they won’t work properly without it. One of the best examples is the Maps…

When transferring files between Apple devices, it is undeniable that the most convenient and quickest way to do it is by using AirDrop. It’s the wireless file transfer method that…

When you’re in a low-light environment, you don’t want your iPhone’s screen to remain bright as it will strain your eyes and you cannot see or read properly. That’s when…