The difference between the MacBook Air and the MacBook Pro used to be major — the MacBook Pro was one of the pricier options, decidedly marketed towards professionals, such as programmers, graphic designers, and others that needed a reliable solution for demanding and rigorous work. That said, you had choices that would allow you to outfit the MacBook Pro with some pretty high-end hardware, making it an easy choice for professionals. But, not everyone has a couple thousand to spend on a laptop, which is where the MacBook Air came in — it was a way to offer lower-end hardware at a much more affordable price point, something that even students could afford. However, with the MacBook Air’s most recent model refresh, it’s gotten a whole lot closer to being a MacBook Pro clone, confusing the differences even more.

So which one does what, and for who? If you stick with us below, we’ll cover all of the major differences that you need to know, and hopefully help you make the smart buying decision here. 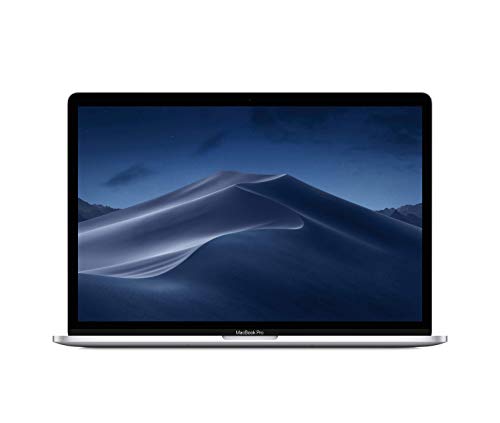 The MacBook Pro was a laptop designed for the professional — the programmer, the graphic designer, the video editor — for most creative and logical professions essentially. That’s why you’re able to outfit it with hardware that can cost well up to a whopping $4000. Worry not though, you can get a base model for much, much less, but that’s what you’re looking at for all the top hardware (i.e. a 15-inch model, with maxed out RAM and CPU power). That said, the MacBook Pro is going to be able to handle just about anything you throw at it, even when it comes down to high-end video editing and, say, machine learning tasks.

The MacBook Pro come with some much more impressive screen sizes over the MacBook laptop as well. You can get them in 13- and 15-inch models, making them a little more optimal for all-day work. These also have the Retina display.

Now, there are differences between 13-inch and 15-inch MacBook Pro models that you need to be quite aware of. In the MacBook Pro 15’s, you get a 6-core processor paired with 16GB of RAM as the base model. In the 13-inch models, you get a dual-core processor and 8GB of RAM. Naturally, you get slightly better battery life here, since there’s a lot less hardware power eating through your battery. However, no matter what processing package you’re getting, you can choose to upgrade it from the base.

Similar to the MacBook Air, the MacBook was made for affordability and portability; however, it’s actually the thinnest laptop that you can buy right now, even thinner than the MacBook Air. That said, you can take the MacBook almost anywhere without any hassle or problems with weight distribution. It’s easy to take to a cafe to get some work done, or to a school lecture to take notes during the session with the professor, and so on.

Now, due to the thinness of the MacBook, it comes with some pretty low-end hardware. You’ll still have an overall smooth experience, but the MacBook isn’t going to be able to do much heavy lifting in comparison to the MacBook Pro, or even the MacBook Air. Your base model is going to come with a fairly low clocked dual-core processor and 8GB of memory. You can choose to upgrade either of those options slightly, but not nearly as much as you could with, say, the MacBook Air, and especialy not the MacBook Pro. The base model actually starts out at just $1299, with the maxed out model coming in at $1599. It’s much easier to swallow than the high price of the MacBook Pro.

The other aspect to keep in mind is that, due to the thinness of the MacBook, you’re not going to get a dedicated video card like you can in the MacBook Pro. Instead, you get Intel integrated (on-board) graphics, which means you aren’t going to be able to do a whole lot of demanding gaming with the MacBook.

It’s worth noting that there’s only a single USB-C port and a 3.5mm audio jack available on the MacBook. You get an extremely limited I/O here, and again, that’s because of the thinness that Apple has achieved with the MacBook. Battery life is actually really good here — as it should be with an Apple product — offering you up to ten hours of Web time off of a single charge, or up to 12 hours of iTunes movie playback. In comparison, the MacBook Pro has around 10-hours off of a single charge, though it usually ends up being much less than that based on what you’re doing.

One of the nice things about the new MacBook is that they look almost identical to the MacBook Pro, really unifying Apple’s line of laptop products. The almost bezel-less display is a nice thing to have, even in a cheaper laptop like this.

As you can see, both the MacBook Pro and MacBook are fairly impressive devices. They achieve some really good hardware, though the MacBook might be one of the most impressive technological innovations here with the thinness that has been achieved. So which one is right for you?

If you’re planning on doing any amount of demanding tasks on your computer, the MacBook Pro is easily the way to go. The MacBook just isn’t going to be able to keep up with the hardware requirements that come with, say, 4K video rendering, or even mixing. You might be able to do some light development on the MacBook, but eventually you’ll run into hardware limitations.

That said, the MacBook is more ideal for Web surfers, or those who primarily do Web-based work, not depending on demanding applications for their profession. It’s a great device for viewing and watching media as well. So if you don’t rely on your laptop for its hardware prowess, the MacBook is definitely an efficient and cheaper way to go.