For a long time, if you wanted a compact laptop with excellent build quality and reliable performance, the Apple MacBook Pro was your only choice. But over the past few years, other laptop manufacturers have got their act together and caught up with Apple. In this article, we are going to talk about the comparison of Apple MacBook Pro vs Google Pixelbook as the best laptop in 2022.

in 2022, the selection of beautiful machines with hardware specifications that can satisfy even the needs of pros is wide and diverse. But out of everything currently available, the Google Pixelbook is perhaps the most interesting alternative to the basic 13-inch MacBook Pro.

Let’s first address the elephant in the room: the fact that the Google Pixelbook runs Chrome OS. If you don’t know, Chrome OS is a lightweight operating system based on the Linux kernel, with the Google Chrome web browser being used as its primary user interface.

When it was first released, Chrome OS could only run web applications. Since then, Google has added support for Android apps, making it possible to install and enjoy over 3.5 million apps from Google Play, including Microsoft Word and Excel.

Thanks to the support for Android apps, Chrome OS is now a handy operating system. However, it’s still far behind macOS in terms of the number of professional apps it supports as well as the general usability for people who do more than browse the web, watch online videos, and listen to music.

But if you spend most of your time on the web, Chrome OS has several benefits. Because of its barebones nature, it’s not as taxing on the CPU as the macOS is. This has a positive effect on battery life and temperatures. And because Google develops chrome OS, services such as Gmail, YouTube, or Google Docs are integrated well with the operating system and perform flawlessly.

We should mention that Chrome OS is still primarily web-based. this means that you’re not going to get a whole lot of use out of it if you need access to other big-name applications like Photoshop, 3D modeling programs, video editing programs, and so on. 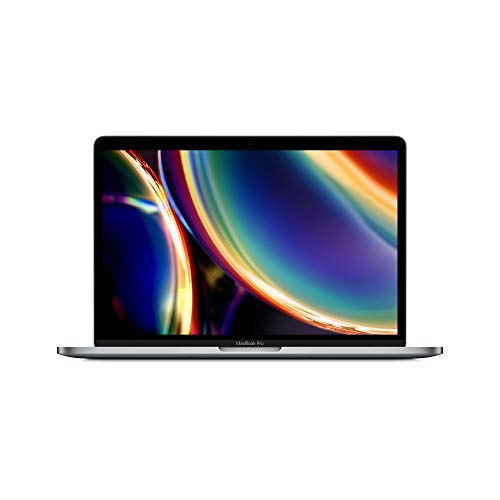 If you think the 13-inch MacBook Pro is a thin laptop, wait until you use the Google Pixelbook, which has a 12.3-inch display. The Pixelbook is only 0.4 inches thin, making it feel more like a tablet than a laptop. At 2.4 pounds, it’s also very lightweight, and its compact dimensions (11.4 in x 8.7 in) cause it to disappear even in the smallest laptop bags out there.

Of course, the 13-inch MacBook Pro is no giant either. It weighs a mere 3.02 pounds and measures 11.97 inches by 8.36 inches. In the Pixelbook vs. MacBook competition, actual size and weight is a very minimal difference between the two.

When it comes to design and build quality, both laptops are winners. MacBooks have been known for their aluminum unibody chassis, while the Pixelbook sports a two-tone aluminum and glass color scheme that matches the design of the Google Pixel 2 smartphone.

Both laptops also have their gimmick to attract consumers’ attention. The difference is that the MacBook Pro attracts negative attention because it only has two USB-C ports and no traditional USB Type-A ports or a memory card reader. The Pixelbook attracts attention with its 360-degree hinge, which makes it possible to turn the laptop into a tablet or use it in a tent mode.

Ultimately, Apple sees USB-C as the future, and so, they’re expecting people to pretty much move over to USB-C exclusively. That said, Apple does offer USB-C hubs that you can attach to the MacBook, which do have standard USB-A ports on them.

For most users, the Pixelbook is likely going to be a very portable web browser with a comfortable hardware keyboard for chatting and occasionally writing documents. The laptop can do more than this, as you’ll see in the next section of this comparison, but it feels like it doesn’t want to.

The MacBook Pro, on the other hand, is a full-fledged computer with an operating system capable of running everything from Photoshop to After Effects to AutoCAD to Ableton Live to Android Studio or Xcode.

So, in the Pixelbook vs. MacBook competition, neither of these are necessarily better than each other — it’s more of choice on whether you want a dedicated web browser or a full-fledged computer.

However, the Pixelbook’s slightly higher pixel density isn’t necessarily useful since it cannot run applications where that would be extremely useful, like Photoshop, Premiere, etc.

Keep in mind that the display on the Pixelbook is touch-enabled and supports the optional Google Pixelbook Pen. The pen allows for natural writing and drawing directly on the screen. Still, its sensitivity isn’t nearly as good as the sensitivity of the pen Apple sells for use with the iPad.

We wouldn’t say that one is necessarily better than the other in the Pixelbook vs. MacBook competition. That’s because the Pixelbook is designed for an audience that can get by with a web browser as a computer. The MacBook is targeted at people that need a full-fledged system.

So what do you choose? Well, if you can live without heavy-duty apps such as Photoshop or AutoCAD, the Pixelbook should be able to satisfy all your computing needs with ease.

If you cannot, the MacBook Pro is still an excellent—if not the very best— laptop for those who care about design just as much as they care about raw performance and productivity.