Either one of these laptops brings you powerful and portable computing power, but there is some pretty big difference between the two devices. The iPad Pro, for example, is more of an extension of Apple’s mobile operating system. On the other hand, you have the all-new Surface Pro 7, which is designed to be a full-fledged desktop system with tablet-like portability.

Not sure which of these two are worth picking up? Follow along below, and we’ll pit the Surface Pro 7 and iPad Pro against each other, to hopefully show you the option that performs the best. Let’s get started. 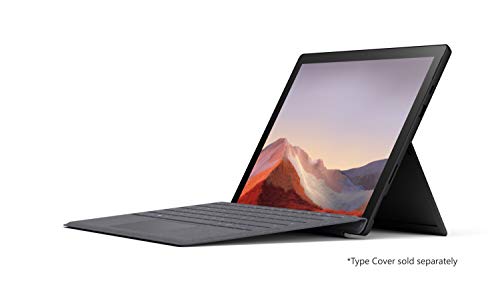 Enter Microsoft’s all-new Surface Pro 7. This was designed to be a portable computer, just like a tablet is. The most significant difference between this and your average tablet comes right down to software. Generally, the software is what’s going to make or break a portable computer, but worry not, we think Microsoft got things right here.

The Surface Pro 7 is running on Windows 10. So, you can do anything with your Surface Pro 7 that you could do on, say, your laptop or your desktop back at home or the office. Whether you need to access programs like Microsoft Excel — other Office products — or programs more involved like, say, AutoCAD, the Surface Pro 7 can do it, since you’re not running a limited, mobile operating system.

It’s got the hardware to handle the load as well, at least depending on your configuration. The beautiful thing about the Surface Pro 7 is that, during the purchase process, you can outfit your device with customized hardware. Microsoft gives you the following options:

The dual-core i3 processor will come with Intel UHD Graphics, but the latter two processors will bring you the better integrated Iris Pro graphics.

You have memory choices between 4GB, 8GB, and 16GB of RAM, too. And then the storage options — 128GB, 256GB, 512GB, or 1TB. It’s all an SSD as well, so applications and the operating system movies blazing fast.

The price will highly depend on your configuration, but the very base model starts at less than a high-end laptop. Keep in mind that it doesn’t come with Microsoft’s Type Cover — so if you’re genuinely looking for a laptop replacement, and just like the iPad Pro, you’ll have to buy a Type Cover separately.

As far as display size goes, you get a 12.3-inch touchscreen. It’s ultra-light, and because of that 2-in-1 feature, versatile, too. That’s not a huge screen, but paired with some of the higher-end hardware, you’ll have no trouble running your favorite games on this bad boy. Professional software won’t be an issue for it, and you can even stream in 4K without a hitch.

Even in a powerhouse 2-in-1 laptop like this, battery life stays excellent. A full charge is rated for around 10 hours, so you do get an all-day battery life. That does mostly depend on what you’re doing with the hybrid tablet-laptop, though. For example, if you’re playing high-end video games or streaming movies and TV shows in 4K Ultra HD all day long, you’re just not going to get that full ten hours out of it.

Microsoft’s all-day battery life test was with normal use, which was tested with standard Internet browsing (eight open tabs), lightweight productivity programs, and even some idling programs. They did not test video playback or resource-heavy apps. So if you end up being a little more demanding, you might be looking at more like six to eight hours of battery life on a single charge.

The iPad Pro itself makes for a difficult laptop replacement, largely because of the software (more on this in a minute). It gets easier when you pick up the optional keyboard cover that Apple sells. It makes writing up documents and emails so much easier than the digital on-screen keyboard. The keyboard cover is necessary since it’s what helps hold the iPad Pro in the traditional laptop orientation.

One of the cool things about the iPad Pro is that, while you cannot use desktop apps with it, you do have a lot of unique apps from Apple’s App Store. These are primarily geared towards designers, sound engineers, and the creative type industries, so it’s the perfect choice for that type of person.

The iPad Pro runs on Apple’s new iPad OS system. Previously, iPad models were pretty much a larger version of the iPhone, with apps that were just designed for the iPad. iPad OS, however, will help blur the lines more between a mobile operating system and a laptop setup. You’ll get access to things like on-screen widgets, better Pencil support, a new home screen, the ability to have multiple apps open simultaneously, and more.

As far as hardware goes, you get the iPad Pro in 64, 256, 512GB, or 1TB of non-expandable storage space. Regardless of how many GB of storage space you go with, you will always get 4GB of RAM and the Apple A12X Bionic chipset.

On top of the 12X Bionic chipset, there is a co-motion processor as well, which is what makes the Apple Pencil work with it. It’s able to help track precise movements, which is excellent for drawing, note-taking, presentation creation, etc.

Even though the iPad Pro may not look as “beastly” as many laptops today, the processing power inside is still able to beat many machines. That might have more to do with the iPad Pro being a reasonably efficient operating system, whereas the Surface Pro 7 is running full-fledged desktop software.

One of our favorite aspects of the iPad Pro is the 11-inch display. It has a full resolution of 1668 x 2388 pixels. That said, not only is this display great for designers, but you can watch movies and TV shows with beautiful detail, too.

Battery life on the iPad Pro, similar to the Surface Pro 7, should last you all day long. Apple rates it for ten hours of straight use, but just like the Surface Pro 7, that highly depends on what you’re doing with the tablet. If you’re using it all day long, playing games, and watching movies and TV shows throughout the day, you’re probably not going to get the fully advertised ten hours.

So, which one is better? We wouldn’t say that one is necessarily better than the other. In terms of hardware, the iPad Pro and Surface Pro 7 are ultimately on similar playing fields.

When it comes down to something like this, it’s more of a factor of using the right tool for the job. If you’re one of the more creative types — designer, 3D modeling, sketching, sound engineering, etc. –, the iPad Pro likely has a better set of tools for you. However, if you’re an office worker or in a specialized field, there are some things that the iPad Pro can’t do.

For example, if you’re an accountant and need to prepare an Excel worksheet for a client, the iPad Pro just isn’t going to be much help. Fields like web development, surveying, anything medical, etc, are going to have a much easier time using the tried and true Windows 10 machine, versus the iPad Pro, which doesn’t offer many of the tools that specialized fields needs.

With both being similar in price, and on that same hardware field, you’re going to get similar experiences, but ultimately, it all comes down to the tools that you need.

Surface Pro 7 Vs iPad Pro Best 2 In 1 Laptop: Our opinion

As you can see, both Apple’s iPad Pro and Microsoft’s Surface Pro 7 are excellent portable computers; however, we think that the Surface Pro 7 easily comes out on top. It’s running on the Windows 10 platform, so the Surface Pro 7 can run just about any program that you’d like. That’s in comparison to the iPad Pro, which runs on iPad OS and is limited to App Store apps only.

So, if you’re looking for more of an all-around portable computer, the Surface Pro 7 is the way to go. But if you don’t mind being limited to Apple’s ecosystem, the iPad Pro can do well, too. It’s an excellent choice for designers or folks who do some basic Internet surfing.

Are you planning on picking up a Surface Pro 7? Do you have another favorite portable computer? Let us know in the comments section below — we’d love to hear your thoughts!


* If you buy through links on our site, we may earn an affiliate commission. For more details, please visit our Privacy policy page.