With every new iPad aimed at professional users, the question of whether it’s finally the time to use an iPad instead of a MacBook becomes worthier of an answer. The 12.9-inch iPad Pro is out, and its cost is similar to the cost of Apple’s MacBook Air. But can all the latest tech Apple has packed into the iPad Pro make up for the lack of a physical keyboard and full-blown desktop operating system? Let’s find out. 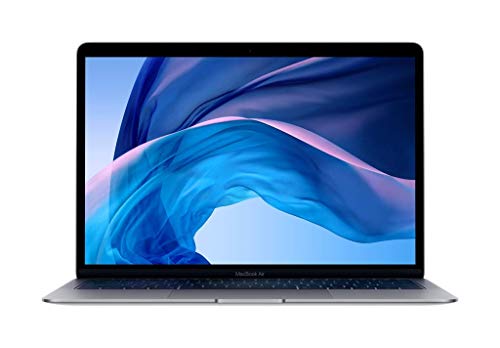 Being the most portable MacBook at the time of its release, the MacBook Air doesn’t come nearly with as many ports as you might expect. However, it still boasts more connectivity options than the iPad Pro, which offers only a 3.5 mm audio jack and a USB-C port for charging, data, and accessories.

The MacBook Air has a 3.5 mm audio jack,  USB-C ports aplenty, and an SDXC card slot. The MacBook Air is charged by way of USB-C this time around as well, essentially saying goodbye to the standard MagSafe charger.

Looking at the stunning, sharp display of the iPad Pro, it’s instantly apparent how much have displays advanced over the years. With 2732 x 2048 pixels, the 12.9-inch LED touchscreen is perfect for everything from document editing to the web to multimedia.

The MacBook Air, with its glossy 13.3-inch display with just 2560 x 1600 pixels, is about the same as far as screen clarity goes. The difference between the two devices becomes even more apparent when you consider that the iPad Pro is touch-enabled and optimized for the Apple Pencil, a fantastic stylus that allows for precise, realistic drawing and natural handwriting.

Yes, you can plug a third-party graphics tablet like those made by Wacom to the MacBook Air, but a capable graphics tablet can set you back nearly as much as the entire laptop.

The iPad Pro comes with Apple’s A12X Bionic chipset, which is the most powerful chipset the company has ever produced. The chipset has at its disposal 4 or 6GB of RAM, depending on your configuration setup.

The sheer processing power of the chipset is evident everywhere. The system flies, apps open instantly and work without lag, and games run flawlessly at the highest graphical settings. To live up to the Pro in the name, Apple offers the iPad Pro with 64, 256, or 512 GB of internal storage space.

The MacBook Air comes with a 1.6GHz dual-core Intel Core i5 processor with 8GB of RAM and onboard Intel graphics. The available storage options are a 128 GB or 256 GB PCIe-based SSD. Even though the MacBook Air is far from the cutting-edge of ultra-portable laptops, it still handles very respectably just about everything you may throw at it.

But even the hardware differences between the two devices don’t, in many ways, cut as deep as the difference between iOS and macOS. The latest version of the iOS operating system on the iPad Pro gives you access to more than 1,500,000 million apps. Still, its multitasking capabilities are nowhere near as sophisticated as those of macOS. With the latest update, you can at least easily place two apps side-by-side and change their size, but anything beyond that isn’t possible.

On the other hand, macOS is a full-fledged desktop operating system with countless professional apps, including Adobe Photoshop, the desktop version of Microsoft Word, Final Cut Pro X, and many others. The App Store on macOS doesn’t include nearly as many apps like the one on iOS, but the selection is more refined. Expect the average price of an app for the MacBook Air to be much higher than the average cost of an app for the iPad Pro, though—professional and desktop apps don’t come cheap.

However, it is worth noting that the iPad Pro will soon be getting its operating system — iPad OS — which should help bridge the gap between desktop and mobile operating systems.

Our comparison has revealed that, while in many ways technologically superior, a fantastic tablet such as the iPad Pro still isn’t a good substitute even for a full-blown laptop like the MacBook Air. The performance is there, but it’s challenging to take advantage of it without a proper desktop operating system.

Recent iOS updates indicate that Apple would like to make the operating system more suitable for professional users, and we can’t wait to see what they’ll come up with, especially with iPad OS on the horizon. Until that happens, we recommend pros to stick with regular laptops.

For everyday users, an iPad Pro could be a suitable replacement for a laptop such as the MacBook Air. It’s, however, necessary to come prepared and be ready to enter a world filled with Lightning accessories, such as memory card readers, external keyboards, and adapters.