Looking for a fun hack-and-slash style zombie game full of exciting post apocalyptic entertainment? Well we have found just the few things on the iPhone to satisfy your zombie slashing appetite today. After some research and looking around, we have collected five different offline zombie games for iPhone we believe, to be the best on the iOS App Store today. We hope you enjoy them! 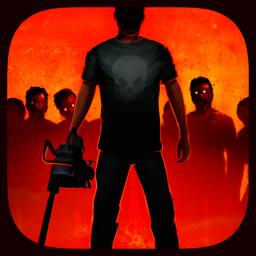 Into the Dead is a fun, fast paced zombie slashing game — it’s full of exciting, gruesome weapons that you will have to unlock through various level completions and zombie kills. But be careful: some of them are dangerous, and might not totally be user-safe.

In this game, you get thrown into an apocalyptic era, where you are left to survive on your own. You’ll have to fight waves and waves of zombies for survival. This game features stunning gruesome visuals with fast paced gameplay.

You better check your heart, because this game is surely going to test it! Into the Dead is offline, but also features the ability to challenge your friends to beat your high score, if you want.

Zombie Highway 2 puts you in the driver seat of this fast-paced shooter, where you are left swerving around obstacles with only seconds to react. Simultaneously, you will be shooting zombies you come across on the highway!

But be aware — these zombies don’t stay on the road. They will also try climbing on your car, so you’ll have to be sure to keep those nasty things off! Otherwise, if you’re not careful, they might end up flipping your car over!

When you’re done shooting zombies, you can go back to the car garage to beef up your car with all the points you gathered on the road. 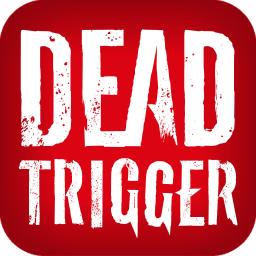 Dead Trigger is a fan favorite. It features non-stop action, with loads of guns at your disposal. There are hours of exciting zombie slaying fun packed inside! And with more than 60 million downloads, you can be sure this is definitely one game you should check out.

This game has plenty of game modes for you to adventure through and complete as well. You not only get to kill zombies, but you also get to save other survivors or help keep their shelter safe! During all the zombie slaying fun, you can also unlock the mysteriously shocking story behind how these zombies got here.

If the standard assault rifles, sniper rifles, and mini guns don’t satisfy your zombie killing vendetta, then this game also offers lots of explosives, chainsaws, and other melee weapons to kill and destroy the hordes of zombies as well. 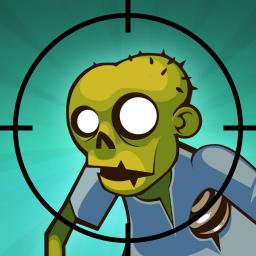 Stupid Zombies has more than 700 diverse levels for you to complete. And with a limited supply of ammo, this game stays exciting and full of adrenaline. If you’re looking for a fun action packed zombie game for yourself, this one is great because it actually features high-definition cartoon characters, as opposed to the traditional realistic figures.

In Stupid Zombies, you have three lives to kill as many zombies as you can! You may only have one gun but you have plenty of diverse ammo types — some being split, buck, and even laser.

In this apocalyptic world, you take on the role of a resident, left to survive the massive zombie horde that has broken out because of some form of virus. You may be only a resident, but you will have plenty of military grade weapons to use against these zombies.

You’ll have choices between all sorts of weapons — from assault rifles, to sniper rifles, and even mini-guns are at your disposal. This game also features multiple game modes, so you’ll have hours of enjoyment ahead of you. Unlike most zombie shooters, this game also features a speedy 180° turn button so you can be sure no zombie will be able to sneak up on you!

Update: This app has been removed from App Store

There are lots of zombie slaying games out there, making it hard to choose just one to play. That’s why we collected five of the best here, to make them easier to find. Dead Trigger has lots of non stop action with great graphics, Stupid Zombies has lots of cartoon zombies to slay, and if that’s not your thing, Into the Dead will keep you on your toes through its dark jumpy scenes.

Do you have a favorite offline zombie game for the iPhone? Let us know in the comments section below.