Apple invented the iPad as a bigger version of the iPhone. It’s essentially a portable computer that you can easily take with you everywhere. Need to write down something in a document? No problem — the iPad can handle it. How about checking your email or logging into your office’s digital workspace? These are all things the iPad can do excellently. However, one of our favorite highlights is the larger, crystal clear screen for watching media. It’s a whole lot more comfortable than on a small display like the iPhone. You can easily watch TV on the go with the iPad, and comfortably in terms of screen real estate and audio. However, what if you’re at home, and want to display what you’re watching on the iPad on your big TV? Well, you can!

All you need is your favorite set of iPad to HDMI cables — plug the lightning end into the iPad, and the HDMI end into the TV, and you’re ready to roll. It’ll work with laptops, monitors, and other input displays as well.

What if you don’t have iPad to HDMI cables, though? No worries, we’re going to show you some of our favorites available today. So without further ado, here are the best out there: 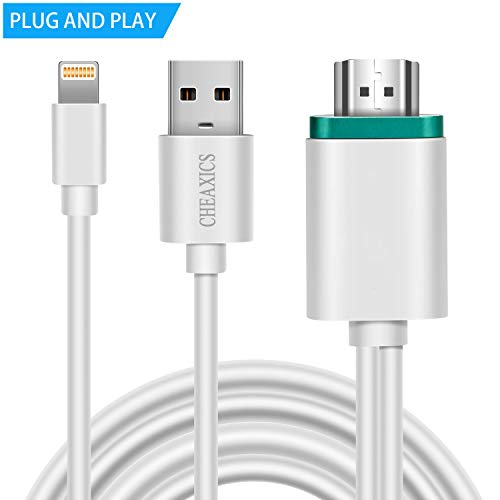 Coming up as number five on our list, we have the Cheaxics Lighting to HDMI Adapter. Cheaxics, of course, follows Apple’s own guidelines for creating a dongle like this, and they do that really well with it with top data transfer rates. Since they follow Apple’s guidelines, you won’t get that dreaded “Accessory not supported” message. Simply plug this adapter into your iPad, and then a corresponding TV or monitor with an HDMI cable. Once connected, you’re ready to start broadcasting your screen — just turn on the TV or monitor, and make sure it’s on the correct channel/input.

Keep in mind that this needs an external power supply (the included USB cable), as the iPad isn’t able to export enough power to support it. It can also only play content up to 1080p quality. 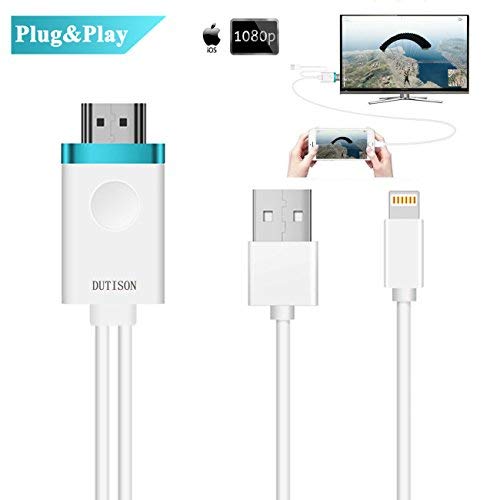 Next up, we have the Dutison Lightning to HDMI Cable. This is a six foot cable that plugs into your iPad or iPhone and then directly into the TV or monitor. You can play all of your favorite media no problem, even from services like YouTube. But once again, it doesn’t support any copyrighted material, so you won’t be playing content from Netflix, Hulu, Prime Video or other services like that. 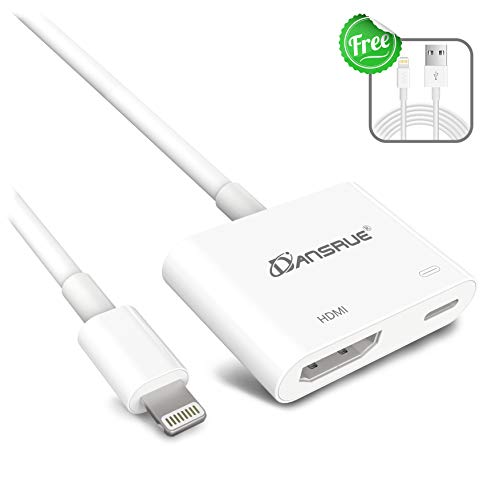 The Lightning to HDMI AV Converter is another great solution. It has a relatively short cable — one that plugs into the iPad, and then transforms to a converter box. You then plug the HDMI cable in the converter box, and then into your display input. This is a plug and play solution, so no extra drivers are needed. Plug it in, and you’re ready to stream content on the big screen. 1080p videos and images are supported, but similar to the Cheaxics Lightning to HDMI solution, you won’t be be able to play quality above 1080p. 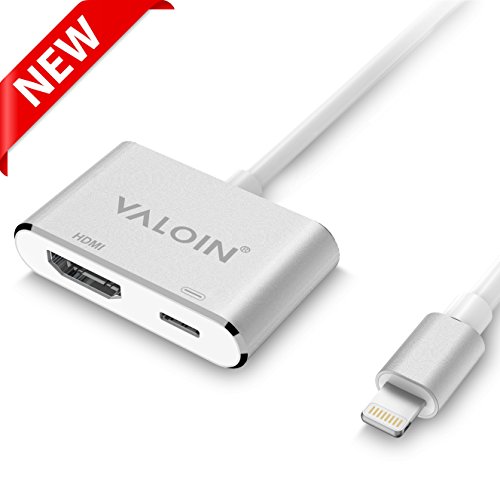 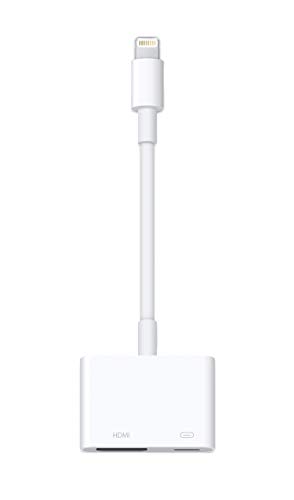 Coming in at number one spot, we have Apple’s very own HDMI Converter Box. It’s, again, a plug and play solution; however, it does not come with an HDMI cable. This one is actually going to be one of the most reliable iPad to HDMI cable options you have, and will likely last you the longest amount of time. You’ll never see an “Accessory Not Supported” error either.

The Lightning to Digital AV Adapter mirrors exactly what you see on iPad, allowing everyone in the room can enjoy it on your widescreen TV, video projection screen, or other HDMI-compatible display.

Here we’ve shown you five of our favorite iPad to HDMI cables. These are all great for exporting your iPad’s display over to another TV, monitor, or other display input. There isn’t necessarily one that’s better than the other here, as all of these are created to accomplish the same goal. They all have similar data transfer rates as well, so you’ll get a similar quality experience.

Do you have a favorite brand of iPad to HDMI cables? Let us know in the comments section below.